LIVE INVENTORY We operate under a live inventory scheme 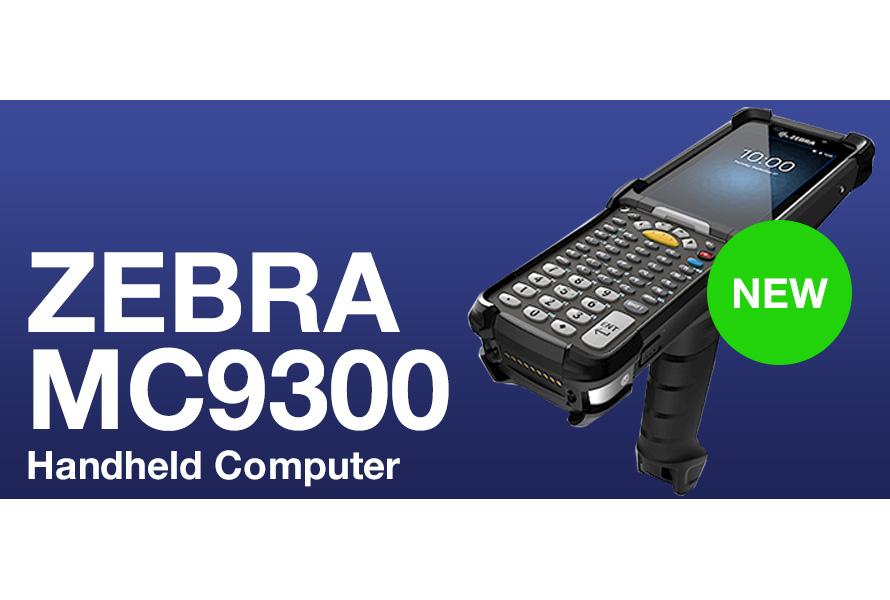 The latest model of the popular Zebra MC9000 series looks to set the bar for mobile computers with its superior processing power and new data capture capabilities. With the introduction of the MC9300, Zebra has pushed the boundaries to make this range of mobile computers simpler than ever. By improving on previous versions with a larger display, longer scan ranges, and increased processing power, Zebra have built a device capable of operating in every environment.

With the introduction of an 8-Core processor to the MC9300, it instantly offers a significant upgrade to its predecessors in this range. Yet the MC9300 goes further, combining this with 4GB of RAM and 32GB of flash memory, up to 8 and 16 times bigger respectively than the memory in the MC9200. This makes the battery life even more impressive in the fact it has almost double the battery run time of the MC9200 yet is running a much more powerful handheld device. Faster battery charging makes running your device more efficient, and with PowerPrecision console, a PC device management tool, it’s very simple to identify when batteries are running low or wearing out. This in turn increases the productivity of your device and business.

More Rugged than ever before

The MC9300 has been built to sit above other handheld devices when it comes to durability. Built to be more rugged than ever, it is virtually waterproof, dust resistant, and can sustain multiple drops from heights of up to 2.4m, making it suitable for even the most extreme of operating environments. Additional Gorilla glass used for the display provides the best scratch and impact resistant material for the most vulnerable parts of the device. On top of this, different models of the MC9300 are built specifically for various environments. For example, a freezer model includes a heated scanner exit window and a freezer rated battery, making it a superb choice in this more extreme environment.

Zebra have developed the next stage of handheld computers to offer higher performance than their competitors. The MC9300 offers the complete package with its excellent short, mid and long range scanning capability. You can capture both 1D and 2D barcodes on ranges from 3inches all the way up to 70 feet, again emphasizing the ability to cater to any situation and environment. The scanning technology will even detect barcodes in virtually any condition at lightning fast speeds. Further options to add a 13MP colour camera to capture detailed photos and videos, will document the condition of items and barcodes, and really push this mobile computer to the next level.

Overall, Zebra’s latest contribution to their MC9000 range proves to be a significant improvement on previous versions, and places it amongst the best mobile computers on the market. The superior power and scan ranges in the MC9300 ensure that it not only improves on its predecessors technically, but hugely improves the ease of use and efficiency of this range of mobile computers. Combined with the physical strength, drop resistance, and rugged appearance, Zebra have certainly produced a powerful item built to last, helping your business improve productivity over the long term.

This website uses cookies to improve your experience. We'll assume you're ok with this, but you can opt-out if you wish.

Accept
✕
My Quote
My Cart